The Swallows Are Coming – Are You Ready?

Most Barn Swallows winter in South America.  In February, the first breeding birds reach California and Texas. By April, they arrive in Northern California – and Westpoint Harbor too.  We see a varying number of swallows from year-to-year and they start to arrive in April.   Nesting begins in May and peaks in June along with hatchings.  The migration south starts in August.  Thus, they will spend at least four months doing their best to take care of their hatchlings, and to mess up your boat!

If you aren’t paying attention, you won’t notice their return until you see the following:  bits of straw, grasses, and other nesting materials scattered on your decks, and/or lots of small bird droppings also on your decks, but mostly under your railings or lifelines (their favorite perches).

So, what do these interesting and irritating visitors in the marina look like?  Well, here are a few pictures:

In addition to the eaves of houses and under bridges, there are a few nautical nesting spots that these birds especially like.  If you have a sailboat, these are some of the areas you should inspect regularly:

Sail covers with an opening at the end of a boom are very popular spots.  Of course, any gap in a sail cover is just too tempting for these critters.

If you have a powerboat, you are subject to the same abuse – they don’t play favorites.  Your aft cockpit with an awning or cover is a favorite.  Also, any other damaged or poorly-fitted cover (anchor windlass or outboard motor) begs to serve as a nesting site:

To keep out the “trespassers,” here are some ideas:

The bird spikes can be mounted under the aft cockpit awning to prohibit nesting where the awning meets the superstructure on a powerboat.  The spikes typically are plastic (see picture) or stainless steel.

Other lo-tech options that you may have seen include the “scary eye” and the animated owl (wings flap in any breeze).  If you use the owl, be sure to move it to a different location on the boat every few days; otherwise, the birds get used to it and it doesn’t work.

Many thanks to contributing writer Neal Doten for this timely blog post. 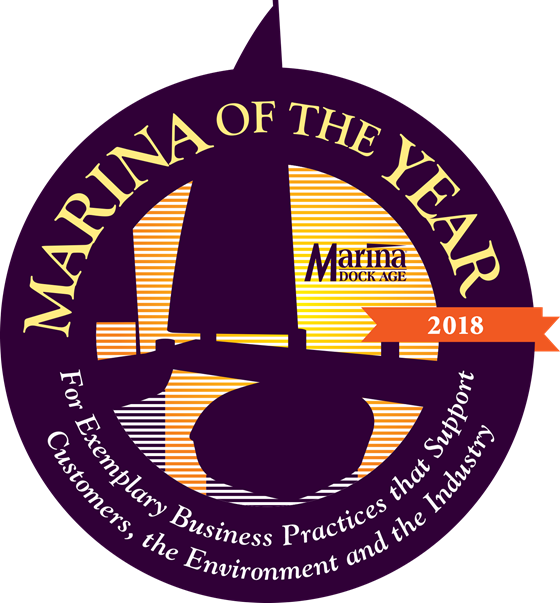